The Romans were making amazing paintings 2,000 years ago.

Many of them survive in Pompeii and the surrounding areas.

Here are the best paintings from Pompeii:

The Romans loved their gods. So many of the paintings found in Pompeii show gods and mythical scenes.

These frescoes originally decorated the houses of the rich people that vacationed in Pompeii, Herculaneum, Oplontis, and other coastal towns of Italy.

But when Mount Vesuvius erupted in AD 79, these towns were covered with ashes and debris. They remained interred for centuries.

Now the archaeologists are excavating them. And so the paintings don’t get damaged, they have been removed from the houses and taken to the nearby Archaeological Museum of Naples, Italy.

That is because Roman men were supposed to be outdoors, under the strong Italian sun, either playing sports or taking part in military campaigns. While the women, at least the virtuous ones, were supposed to stay indoors. So a deep tan was considered manly, while white skin was feminine.

Usually, children, slaves, and some fantastical beings were also represented with white skin.

The following paintings include heroes and fantastical beings like genies and satyrs.

Most of the scenes represent Greek myths. You can find Theseus -who killed the Minotaur-, and also the heroes of the Troyan war, like Achilles and Aeneas.

The following frescoes are some of the tamest ones. We don’t want to make you blush.

But the Romans could think about other things aside from sex. To prove it, here are still lifes, plus pictures of animals and architecture.

The buildings and urban spaces are painted with great proficiency. The ancient artists even used perspective. That is, the buildings and objects that are in the background look smaller than the ones in the foreground, which makes the landscape look realistic.

This level of realism was lost during the Middle Ages. It would take 1500 years for the Europeans to achieve it again.

Here are Italian women going about their day:

And to finish, a sacrificial scene, which was a common occurrence in the Roman Word.

Which was your favorite painting from Pompeii?

Catherine the Great’s Death: Horse or no Horse?

Catherine the Great’s Death: Horse or no Horse?

Find Out Which Big Cities Were Thriving 4,000 Years Ago

Find Out Which Big Cities Were Thriving 4,000 Years Ago

The U.S. Presidents That Were Impeached and Why

The U.S. Presidents That Were Impeached and Why 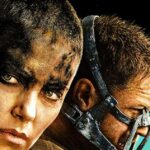 Co-Stars Who Disliked Each Other

END_OF_DOCUMENT_TOKEN_TO_BE_REPLACED 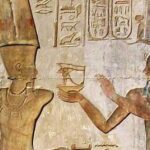