Cleopatra issued all the following coins. They were minted in Alexandria, Egypt, between 50 and 40 BC. Cleopatra was in her twenties.

They are all different because the minting process was manual.

Nevertheless, these are probably the ones that most accurately represent her.

They were minted in Patrae, Greece, while Cleopatra and Antony were wintering there in 32-31 BC. Officially, Antony minted them.

One one side of the coin is Cleopatra. The legend in Greek reads “Queen Cleopatra.” On the other side is the headdress of the Egyptian goddess Isis. Cleopatra identified with Isis.

Cleopatra also appears alone in these. But she did not issue them. Antony gave her several territories, like Syria and Phoenicia. And these nations struck coins honoring their new queen. They probably had not seen her in person and used statues or other coins to create her likeness.

Fourth and last group of coins.

Mark Antony minted these. Cleopatra appears on one side of the coin, Antony on the other. Cleopatra’s features have been altered to resemble Antony’s. It was done to show a united front.

All of them read: “Queen Cleopatra.” Some have the legend in Greek, others in Latin.

What did Cleopatra Look Like? Her Statues, Coins, and Ancient Descriptions

Was Cleopatra Beautiful? The Ancient Authors Weigh In

Was Julius Caesar Handsome? What the Sources Tell Us

These Elon Musk Companies Are Propelling You Into the Future

These Elon Musk Companies Are Propelling You Into the Future 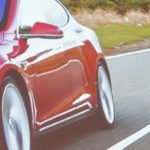 Here are the Lyrics to Amante Bandido (Outlaw Lover) in English

Was Cleopatra Beautiful? What the Ancients Said About Her Looks