Did you think the artists that painted royalty had to make them look beautiful? Think again! Some royal portraits are outright mean. Take a look at some of the most unflattering royal portraits:

Lorenzo was not technically a royal, but his powerful family ruled the city of Florence for generations.

Lorenzo the Magnificent was a great ruler and a patron of the arts. From other paintings and his death mask, he did seem to have had, let’s say, strong features.

Keep an eye out for more strong-featured members of the Medici family below.

Isabel is the famous queen who financed Christopher Columbus’ adventures in the New World.

She was the queen of Castile, while her husband was the king of Navarra. The power couple united their kingdoms and conquered the neighboring ones. With that, they united Spain. Furthermore, thanks to the territories in the New World, Spain became an empire.

Charles is the first Habsburg to appear on this list, but he will certainly not be the last. The Habsburgs were a prominent family that at one point ruled most of Europe.

Charles V was a powerful monarch. And he was the grandson of Queen Isabel of Castile, who we saw at #4.

Ferdinand was Charles V’s brother (#5). He inherited the throne of the Holy Roman Empire from Charles and ruled other countries.

You probably know about Henry VIII. Between his feat of changing the religion of a whole country to marrying six times -and beheading several wives- he tends to make a lasting impression.

Henry had a compelling personality. And he was said to be quite handsome, even if this painting does not show it. During the last years of his life, he did gain weight and suffered health problems. Yet, other artists are kinder, or perhaps more skillful, when portraying him during his later years.

Elizabeth was the daughter of Henry VIII (#7). She was one of England’s greatest monarchs.

The Duke was the son of the king of France. And he was one of the many suitors of Queen Elizabeth I of England (#8).

Francis visited her twice in London, and the pair grew close. Elizabeth had received reports of Anjou’s unappealing physical features. But after meeting him, she said the reports had been exaggerated.

She seems to have wanted to marry him, but her English subjects were not keen on having a foreign king. So Elizabeth, who was in her forties, gave up the idea with sadness.

Francis was a Medici (#2) through his mother, Catherine de’ Medici.

Maria Anna was the granddaughter of Ferdinand I (#6). She was a Habsburg.

Christina was the reigning queen of Sweden. She was highly educated and intelligent, but she did not like to govern. So she eventually abdicated and exiled herself in sunny Italy. She converted to Catholicism and became friends with the pope, even though she flaunted her same-sex relationships.

Leopold belonged to both the Habsburg and the Medici families.

Since his grandfather was the ruler of Austria, Leopold was born a prince. But he joined the Church and became a cardinal. Leopold was an intellectual and was especially fond of the sciences. He was also a great book and art collector.

Another Leopold, another Habsburg. This Leopold’s father was a Holy Roman Emperor, and his mother was a Spanis princess. Both his parents were Habsburgs.

Leopold was Holy Roman Emperor and king of Hungary, Bohemia, and Croatia. He started several wars.

Margaret Theresa was a Spanish princess. And she was a Habsburg through both her parents.

Margaret married Leopold I, who we just saw above (#13). Since Leopold too was a Habsburg, he was Margaret’s maternal uncle and paternal cousin. The duo was related several more times, but the genealogy gets confusing.

Charles II was Margaret Theresa’s brother (#14). Since his family, the Habsburgs, were so inbred, Charles was born with many physical disabilities. He suffered ill health all his life and died at 38.

Thanks to Ulrika, we can take a break from the Habsburgs. Ulrika’s father was the Danish king. And upon marriage, she became the queen consort of Sweden.

Although her husband complained about her looks upon meeting her, the couple went on to have a happy and loyal marriage. Ulrika was described as wise, wonderful, and kind.

Cosimo was both a Medici and a Habsburg.

This Ulrika is the daughter of the Ulrika we saw above (#16). She inherited the Swedish throne and ruled for two years. Then she abdicated in favor of her husband.

Peter was a relation of Ulrika, the reigning queen of Sweden (#18)

Peter III was the tsar briefly. His ambitious wife took his throne, got rid of Peter, and became tsarina herself.

Catherine was the wife of Peter III (#19), so she is the ambitious woman we were just talking about. She took Peter’s throne and became an extraordinary ruler. If she resembles her husband Peter, it is because they were cousins.

Catherine was not a great beauty. But unlike other artists, Grooth, who painted this portrait, tended to be unforgiving when portraying her. Even her big blue eyes that were one of her great assets are neglected here. Maybe he was secretly #teamPeter?

Read more: Catherine the Great Was Friendly and Easy-going- The Tsarina’s Temperament and Looks

Charles was a capable and strong ruler who was respected by his people. He was from the house of Bourbon.

Charlotte’s contemporaries spoke highly of her. They said she was lovable and a born-diplomat.

The current Queen of the United Kingdom has also been the victim of unflattering portraits. Or at least the British public thinks so. They took special offense with this one.

The painting was made by ultra-famous artist Lucien Freud -a relation to that other Freud. Lucian is admired around the world for his frank, depressive, and isolating paintings. He does not do pretty. Ever. So the queen must have had a good idea of what she was in for when she sat for him. And she seems to be happy with the result for it hangs in one of her palaces. The portrait is probably worth tens of millions.

This portrait got quite the backlash too. Many members of the public called it “terrible.”

A young, up-and-coming artist painted Queen Elizabeth II (#25), who sat for him. The following year her portrait was unveiled, and at the ceremony the artist, Dan Llywelyn Hall, met Elizabeth’s grandson, William.

Llywelyn decided to paint William as well, although the prince never sat for him. The painter spent three months finishing this work. He called it ‘Fatherhood’ because the prince had just become a father and the painting was meant to capture the worries of parenthood. It was sold to a foreigner and all the proceeds were donated to charity.

Which portrait was the most unflattering?

Extra question: Are the portraits of Queen Elizabeth and Prince William unflattering or are they masterpieces?

These 7 European Aristocrats Ended Up As Slaves in Recent Times

These 7 European Aristocrats Ended Up As Slaves in Recent Times 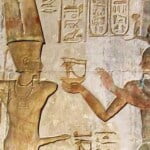 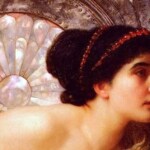 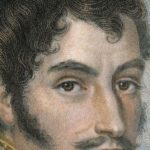 Happy web surfing!
Necessary Always Enabled
These cookies are essential for the website to function properly. Interestingly, they also include the cookies that are set to comply with European "cookie laws" (e.g.: this banner sets cookies to remember your privacy preferences). These cookies do not collect personal data.
Performance
These cookies make the site faster for our visitors. They are set by the statistics companies we use so their services work faster. They do not collect personal data.
Statistics-Anonymous
These cookies show us statistics about this site: how many people visit, which are the most visited pages, which countries our beloved visitors come from... None of this information can be used to identify you. KnowledgeSnacks anonymizes its visitors' IP addresses. These cookies do not collect personal data.
Others
Cookies that are being analyzed and have not been classified into a category yet.
Advertisement
These are third-party cookies that provide visitors with ads. They may track visitors across websites and collect information in order to provide customized ads -that is, ads that the visitor may find more relevant.
Functional
These cookies help perform certain functions. For example: sharing the content of the website on social media, collect feedbacks, and other third-party features that make the website more interactive and engaging.
SAVE & ACCEPT
Powered by